This entry was posted in News and tagged cooking for friends, fear of cooking, Geraldine McClelland, simple food ideas on January 30, 2013 by The Culinary Coach.

My culinary coaching business was inspired by my dear friend Geraldine McClelland, who died far too young. This first post is dedicated to her on the anniversary of her birthday.

Gerry and I shared hundreds and hundreds of meals together over our 30-year friendship. Very few were cooked by her. She was not just a reluctant cook, she was a frightened one. Working in television – and she once even produced BBC TV’s Food and Drink Programme -  she knew what good food was, and she enjoyed it too. But for most of her life she had no confidence that she could put anything on the table that people would want to eat. Cooking a meal for friends was Gerry’s worst nightmare.

Encouragement didn’t work, the reluctance was too deep-seated. She’d long ago condemned herself to a life of take-aways and ready meals.  In every other sphere of her life she was highly competent and determined, and she prided herself on learning new skills. But cooking was a complete blind spot.

Gerry pretended that she couldn’t be bothered, it was all too much work, but eventually admitted that she couldn’t bear the idea of being a failure.  Because I’d been cooking for so long I hadn’t realised that what I took for granted – enthusiasm, experience and interest – may not be the same for everyone. She was scornful of me, “You just don’t understand.” And it was true, I didn’t.

We always had a struggle (she was extremely feisty) and the exchange was always the same.

“I hate cooking and I can’t do it. And anyway, everyone will be judging me. Just go away and leave me alone.”

“Do you go to people’s houses for the food or for their company?”

“You know what the answer is.”

However, from time to time, when presented with a plate of French paté and gherkins or a large piece of good cheese served with lovely grapes, Gerry would suddenly say, “I could do that.” That’s when the penny dropped for me. It didn’t matter whether Gerry actually cooked; all she needed to do was feed people with nice food, no matter where it came from.

So we concocted her first fool-proof dinner menu from dishes bought from her local Italian deli. No chance of failure or people not liking the food. The starter was always a platter of Parma ham, salami and olives.  The main course was good-quality filled pasta – she switched between red, white or green options.  Red was served with a roasted tomato sauce, green was the pesto sauce made daily, and white was melted butter with chopped sage. She’d always announce the colour at the front door when we arrived – “You’re getting the white pasta tonight!” 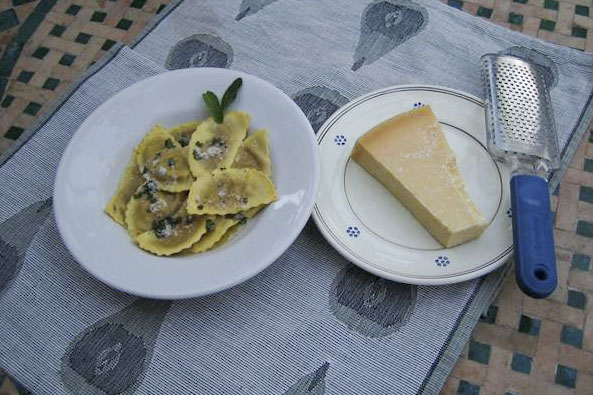 Her summer dessert was always a mixture of fresh berries, served with crème fraîche or double cream, while in winter she did what the French do without a qualm – bought a lovely tart from a specialist bakery. This was her standard menu for a quite a few years. 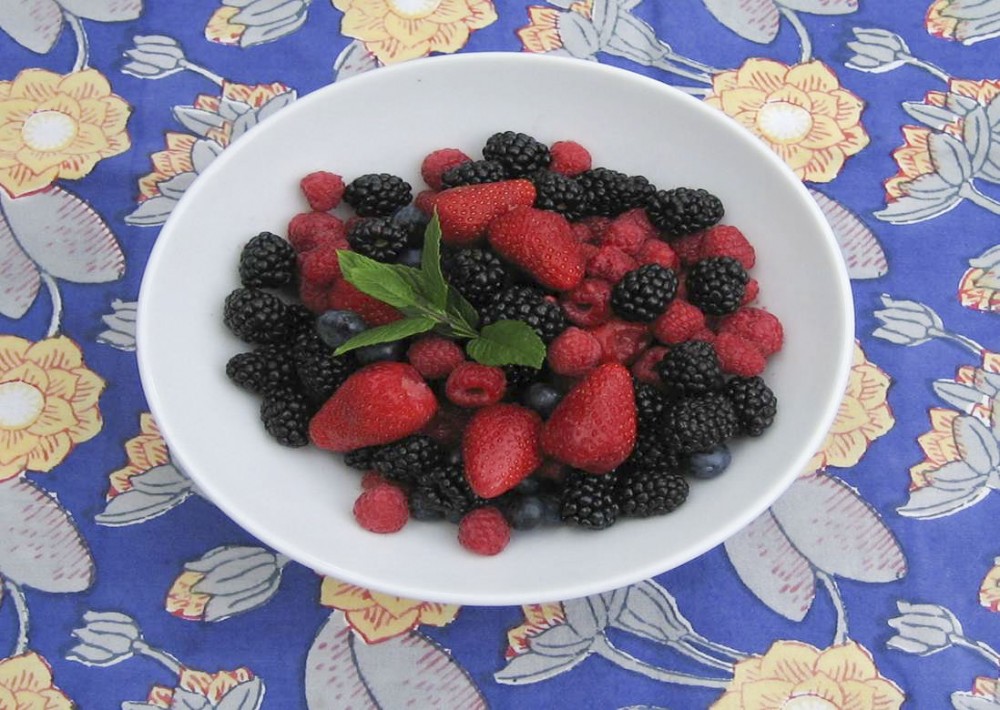 Little by little, Gerry started to cook more. Cautiously, with lots of angst behind the scenes, but with more outward confidence.  She moved from shop-bought soups to simple ones made with a hand-held mixer, what she called her ‘sex aid’. The meat may have been marinated at the supermarket but she came to master her barbecue.  And once she saw how easy salad dressings were, her frugal self came to the fore – why pay good money for something you can make yourself?

Latterly I’d been training as an executive coach and thought I might be able to combine coaching techniques with cooking. Spending time with Gerry in the kitchen, I realised that she needed to learn at her own pace, choose dishes and skills that suited her needs and, above all, be encouraged and supported in her efforts. I never called it culinary coaching – that would have scared her off. Sometimes my encouragement verged on tough love but she gave as good as she got. And I always gauged exactly how far I could push her. 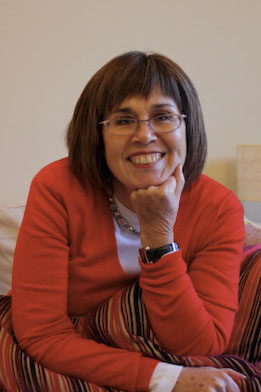 Gerry’s greatest triumph was home-made mayonnaise. Again, it was one of those ‘I could do that’ moments when she was watching me in the kitchen. She prepared it with me – it worked.  She prepared it in front of me – it worked. And, most importantly, it worked when she did it for friends on her own. And for an inexperienced cook, mayonnaise can be really daunting. Her delight in getting it right was a joy – she almost took more pride in her mayonnaise than in all the television programmes she’d produced.

Reading this, especially if you like cooking, you may be thinking, “What’s the big deal?” All I can say is that to see my dear friend, in her 50s, move from an ingrained stance of fear and paralysis to one in which she could create a pleasurable meal for friends and family gave me pause for thought.

Were she still alive today, I don’t kid myself that she’d have become a domestic goddess. Cooking continued to be a chore for which she had little enthusiasm. But she no longer thought she was a failure in the kitchen.  I couldn’t have wished for more – except to still have her here.